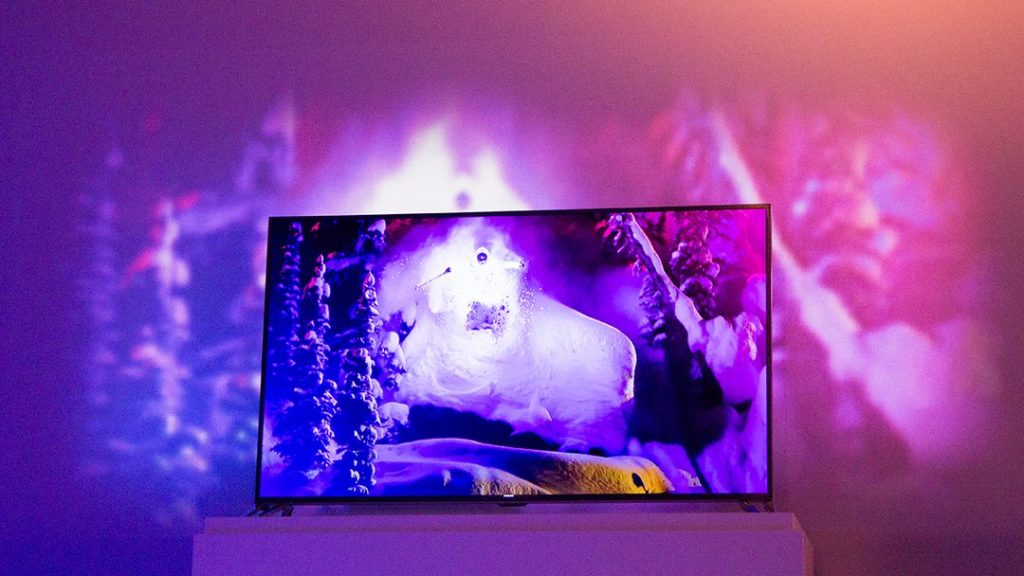 Projectors work best when they project onto a wall in front of them. But that wasn’t an option in this project, where an array of pico projectors had to be combined to form a single image on a wall parallel to them and about 30cm away.

In this project source videos were specially processed to be projected by 5 different projectors each at a different angle from the back of a television.

The key steps were:

The prototype from this project was developed further into the Philips Ambilux TV.

ASK US A QUESTION
Hire Us Now!